Mocks comes with a built-in collection of graphics depicting iOS UI controls and widgets (like buttons, toolbars, and text fields). Drag these controls from the Library palette on the left to the central Canvas area where you compose your mockups. Alignment guides (both automatic, and user-created) help you keep your designs in line.

Every Mocks composition is a multi-page document supporting Apple's iCloud Document Storage, Autosave, Version Browsing, and Full-Screen features in Lion and Mountain Lion. Page thumbnails appear in a vertical palette on the far left of every window, giving you an overview of the contents of all pages simultaneously.

Mocks also includes many of the essential features you expect from a Diagramming or Flowchart application. Including a large collection of shapes, arrows, images, and magnetic lines which automatically resize and move along with the shapes to which they are connected.

Mocks is great for Programmers and Designers looking for a simple tool for quickly designing iOS UI mockups, laying out wireframes, or visualizing model relationships.

Mocks lets you get to work quickly by giving you just the important tools you need in a slick, single-window, thoroughly Mac-native UI.

Easily import graphics and icons by dragging from the Finder, and dropping on the Mocks Canvas. 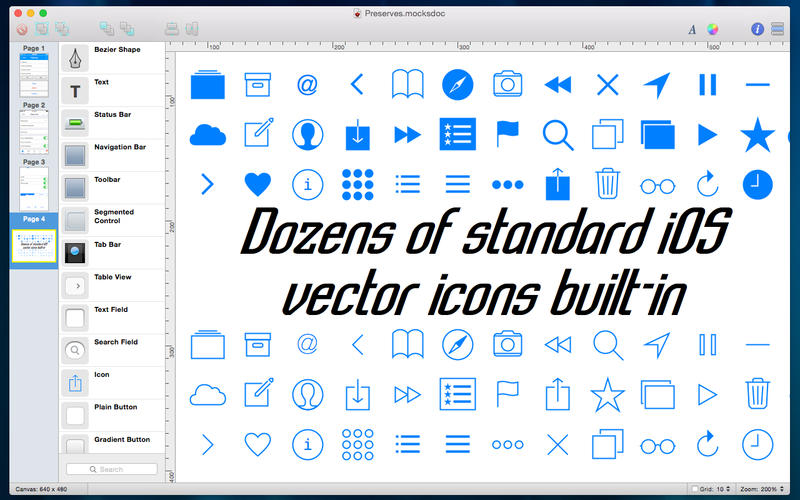 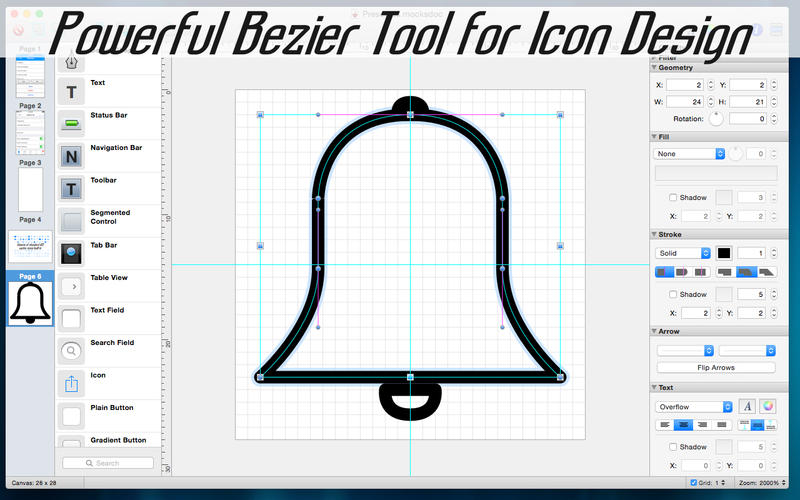 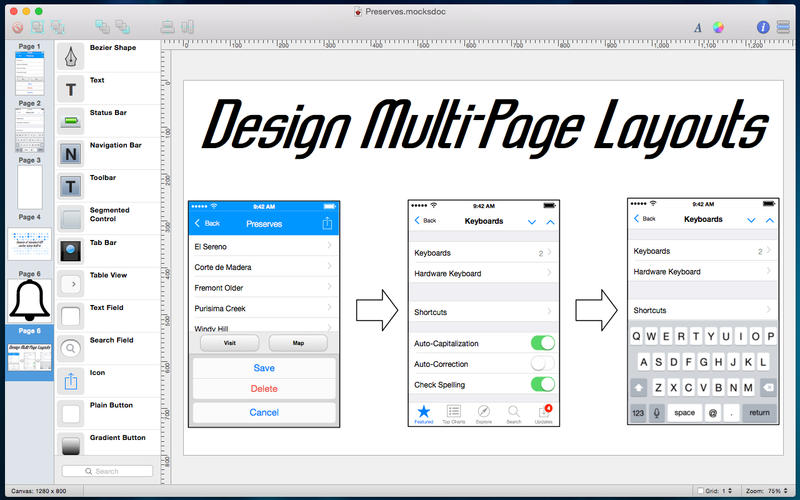