Boom 3D is an all-new pro audio app that delivers rich and intense audio with 3D surround sound that makes any kind of headphone sound better!

This premium version boasts of handcrafted Equalizer Presets, advanced Audio Effects and a toggle-friendly Intensity Slider that gives full control to the users for fine-tuning the audio as per their liking.

Designed only for OS 10.10.3 and later, Boom 3D self-calibrates according to the type of Mac to offer a genuinely personalized experience to the users.

The app has been fortified with an Application Level Volume Control, which helps the users to adjust volume each application wise.

The app has a sleek interface with clean, minimal graphics that is easy to use.

Boom 3D has a built-in Mini Audio Player with a simple drag and drop feature to add music effortlessly.

In addition, with the help of an optional Audio Component, which works akin to the volume controls on your Mac, Boom 3D can effortlessly optimize any audio coming out of your system on a system-wide basis with Equalizers and Audio effects; for a crisper, clearer and much better sounding experience.

Support: Write to us at boom3@globaldelight.com in case of any queries. We are happy to help!

Note: Boom 3D may not work when AirPlay and FaceTime is enabled or running on your Mac. 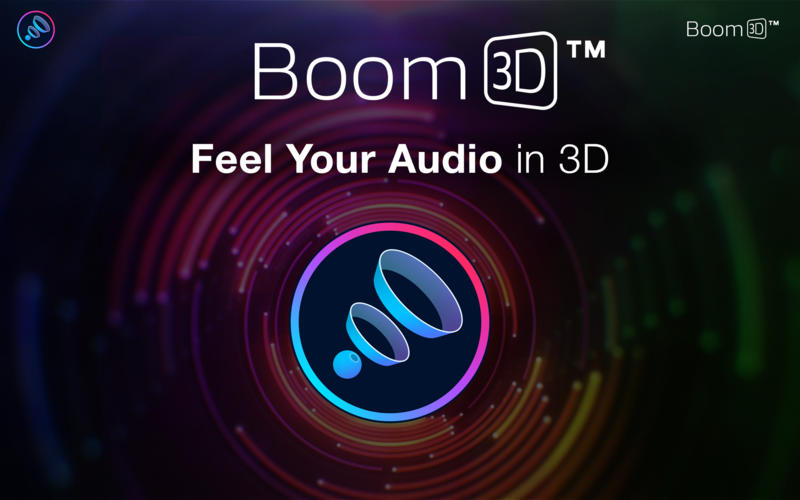 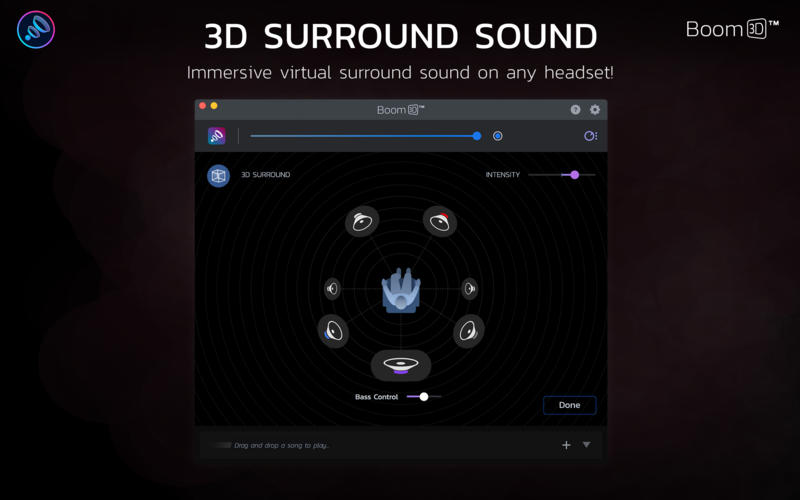 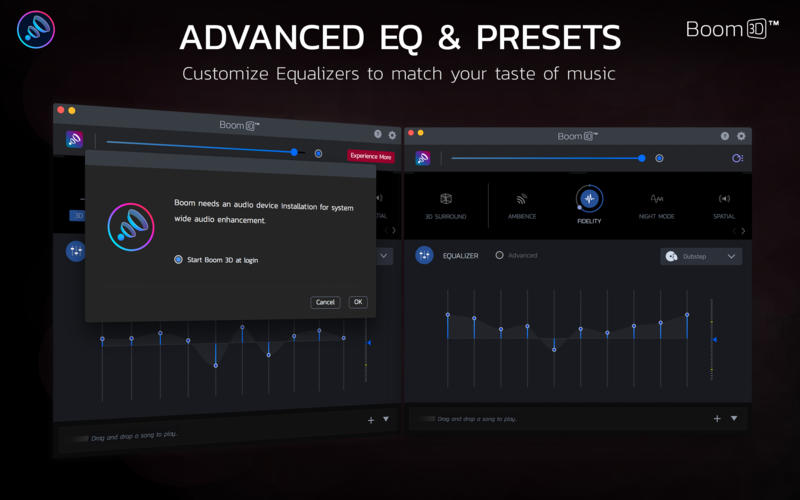 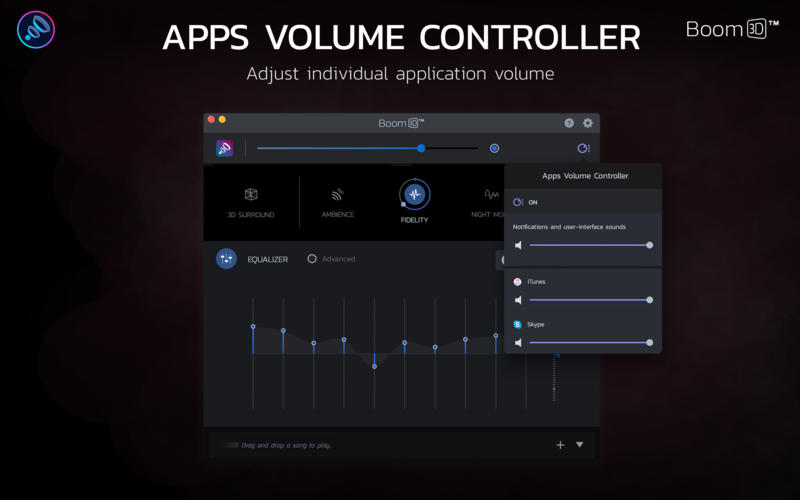 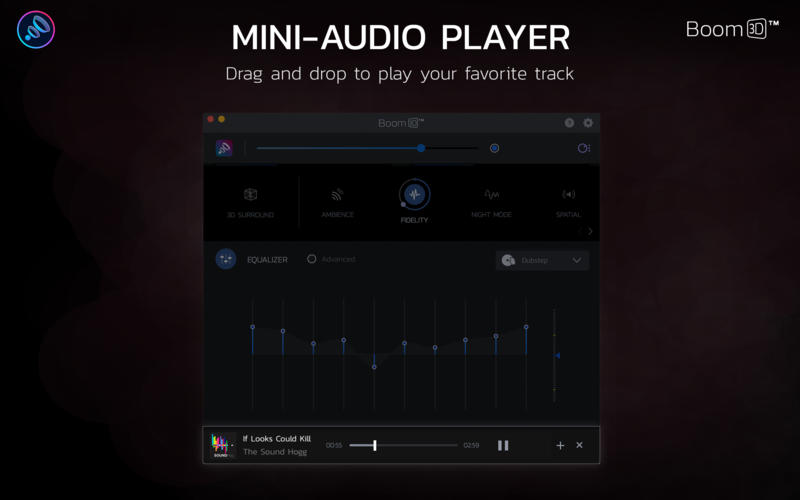